One of the things that Taiwan has taken here is Taiwan's approach to Traditional Chinese medicine and natural medicines at all .

Quite objectively, Taiwan is currently not only more chinese than China, but its inhabitants are also much more polite and less nasty than those in (urbanized) China. It is also cleaner than China in terms of the environment and has an ideal climate for fruit and mushroom growth. The quality of TCM imported from China is a matter of national importance to the Taiwanese government and is addressed by a system of import arrangements with surveillance directly with foreign growers of these herbs.

The specialty of Taiwan in terms of herbal medicines and Chinese medicine is given by three factors:

The reasons for these dangers lie in the historical development of Taiwan, which I do not want to burden you on this page. However, if you are interested in reading somewhat longer talk about things you do not know about Wikipedia about Taiwan, continue:

When we want to understand why Taiwan is in a unique position in terms of Chinese herbs, we must realize that (a) traditional Chinese medicine is deeply related to the very definition of Chinese, and (b) Taiwan is the only country in which the Chinese mystic tradition without interruption.

The Chinese are characterized by respect for ancestors and tradition

China's culture is distinguished by its respect for tradition, which means the thoughtless assumption of the wisdom (and stupidity) of ancestors and the respect for ancestors in an ancient form in which he was practiced by the pramlověk. Rather than some religious trance, the Chinese are leading such reasons that make us go to the cemetery, whatever our denomination is. The difference is that (traditional) Chinese people are avoiding cemeteries and just go to China's Dušičky (Jing-ming, early April) to clean up. Instead, their ancestors have their statues at home, where they can give them respect every day without leaving the slippers. The statuettes stand on the home altar, the dominant piece of furniture at the prominent place of the entrance room. The boundary between ancestors, gods and gods is unclear. The Chinese sky most of all reminds of a bureaucratic organization, the most appropriate sacrifice for the gods are special sacrificial notes.

Learning The Confusion of obedience to the elders and the superiors, which is sometimes used as a revolution, is in fact the most boring summary of unbridled respect for the forefathers in the Chinese soul. Still, let's realize that Chinese civilization was an agricultural civilization, and then we can move on to the first Chinese prayer - the Yellow Emperor - and to traditional Chinese medicine.

The invention of Chinese medicine is attributed to the most advanced Chinese ancestors.

In Chinese mythology, the inventor of the principles of Chinese medicine is the Yellow Emperor himself, who is considered to be the ancestor of the entire Chinese nation and one of the legendary three rulers and five emperors. That is why the Chinese for TCM are permanently guaranteed a leading position among human arts. But there is not enough between the three sovereigns, Shen-nong , the peasant peasant, and the so-called ruler of the people. Shen-nong invented the plow according to the legend and was famous for the fact that, just like JIry Sadlo of the Faculty of Science, he tasted all the plants he found. He had a transparent body through which he immediately saw the effects of the herbaceous plants, thereby creating herbal knowledge of TCM. The Chinese, therefore, attach maximum importance to farming at the TCM.

By managing fate, Taiwan has become the main bearer of the Chinese tradition, and thus also the TCM 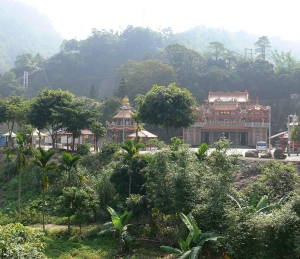 After China's Communist Party came to power in mainland China, Chiang Kai-shek, its adherents (the Kuomintang side), and many of the people who formed the core of Chinese culture resorted to Taiwan. In Taiwan, the entire Chinese Academy of Sciences ( Academia Sinica ) and about half of the existing Chinese cultural artifacts (a huge amount) that are still housed in the National Palace Museum in Taipei have ended. In addition, priests and monks of various religious orders ran away from Taiwan, as well as all others who had reason to fear the Communists (eg capitalists).

The history of the KSČ and Kuomintang's emergence and rivalry could be long talked again, but the essential outcome is: The Communist "cultural revolution" in part of China has destroyed, partially suppressed traditional culture. Taiwan has thus become for 50 years the only bearer of China's quintessence. Confucian, Taoist and Buddhist temples in Taiwan flourish and contribute to maintaining the Chinese tradition associated with the TCM. The exile also brought the monk closer to the capitalists, so now we can admire the modern monastic megacomplexes such as the Dharma Drum Mountain in Taipei , which is not to be ashamed in the era of skyscrapers and giant malls .

Chinese medicine itself has also flourished. In Taiwan, the "Western medicine" co-ordinates co-exist with the practices of "Chinese medicine" and are well tolerated. Patients are attending roughly the same extent, and Chinese herbs are taking the same degree as a medical diploma here - the herbs can only be recommended by those who have passed through the age-old study of the TCM. The most sought after are doctors who have a double diploma from both Chinese and Western medicine. In the third millennium there is a distinct effort of mainland China to return to lost roots, and Taiwan is a sort of reservation where Chinese spirituality, culture and art can be found in the original, unchanged state.

Research of polish and other traditional medicines

Taiwan is the leading country in the research of the glossy glass, whose genome was deciphered by a team from Yangming University in Taipei (the research project is still running). There are also Chinese caterpillars (laboratory, the wild is imported from Tibet) and high quality strains of other mushrooms such as Monascus purpureus . Only after long study of content substances and chemical-taxonomic problems of fungal and herbal medicines we realize why their cultivation in guaranteed quality (as opposed to aspirin production) requires equipment and knowledge equipment on a world level.

Herbs from China are cheap, but they suffer from many problems

Until the 1980s, the Chinese government had been forced to make Tsun Shui-sen (Chinese Ciolkovsky) out of his specialty. Since the 1990s, the official TEC has been officially condemned and, in the new millennium, TCM in the PRC has enjoyed full government support. However, as it happens when the old planting grows, the same plants usually do not grow in its place, but ruderal r-strategists, or weeds.

In the 1990s, China plunged into a phase of unbridled capitalism. Traditional herbs have begun to grow in great, but not in respect of tradition, but in pursuit of wealth. Maximizing profit and competitiveness is all sacrificed. I do not like the Chinese anymore, but it can not be shining, the herbs exported from the PRC are really often a place for poisonous medicinal substances. The Chinese Communists are desperate for those who are shopkeepers, executing it on a running belt (

The high development of traditional Chinese medicine in Taiwan is associated with very high quality requirements for herbs, most of which are imported from Taiwan and China from continental China and other countries. Healers and traders are demanding high quality because they are appreciated by local customers. Taiwan thus becomes a filter through which poor quality will not pass.

Taiwanese lawmakers are also actively involved in the issue of the quality of imported Chinese herbs. There is already a system of import licenses already in place for companies importing Chinese herbs. This system intends to tighten up the Taiwanese government (

). It can be said that the Taiwanese Chinese know best how to ripen the tricks of their dishonest soukmenovce. For example, for ginseng that can not be grown in Taiwan, there is a consensus that to ensure its quality and purity, direct supervision of the whole process of its cultivation and processing is necessary.

In addition to respecting the Chinese medical tradition and control of the genome of cultivated mushrooms, and in particular glistenings, Taiwan has another great advantage for mushroom growing - its climatic and geographical conditions.

Mushrooms are a natural bioaccumulator of heavy metals. Even in a clean environment, they can accumulate a lot. Heavy metals are especially tricky because even in small concentrations they tend to destroy primarily the nervous system and the brain cells. Anyone buying or collecting mushrooms should be interested in the environment in which the mushrooms grew. According to Prof. Váňu (

), collecting mushrooms to eat from polluted areas (Ostrava, Northern Bohemia ...) does not pay at all.

Taiwan guarantees the purity of the mushrooms and the optimal climate

Geographically, Taiwan lies across the Cancer Tropical and has an area roughly the same as Slovakia. It typically has an island climate - a constant temperature (30 ° C in summer, 15 ° C in winter) without any difference between day and night and almost 100% humidity. Mushrooms in Taiwan will grow even where you do not want (eg shoes, belt, leather nappies, bed sheets, wooden furniture, not to mention legs).

Most industries and populations are concentrated in the western lowland area. The eastern zone of the mountain (more than 200 shields over 3,000m) is constantly created by the subduction of the ocean plate and consists mainly of steep shields separated by vertical canyons. The highest mountain is the almost four-thousand-foot Nephrite Mountain. If there are larger roads in the mountains, they can not go over the surface - they have to be built in a tunnel-bridge way.

Perhaps the most important factor contributing to the purity of Taiwan is its rainfall regime. In the mountainous regions, hot rain is dripping several times a day, which constantly scours airborne dirt. There is a period of drizzle for weeks. This is due to the compression of the ocean winds touching the Taiwanese mountains. When the cold air comes in, it does not cool in Taiwan, but it gets darker. Despite the modern lifestyle, the air in Taiwan is constantly clean.

Taiwan is called a green island . 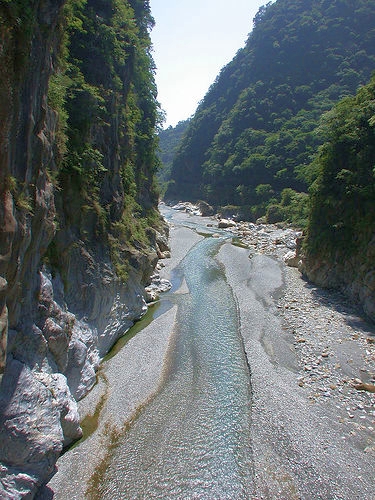 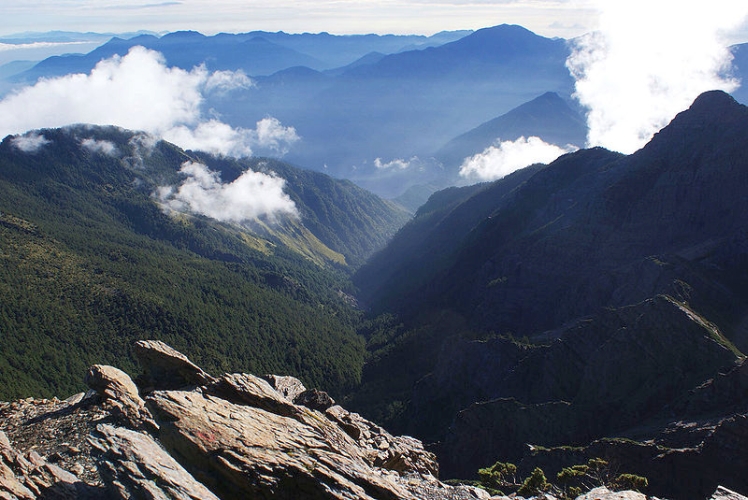