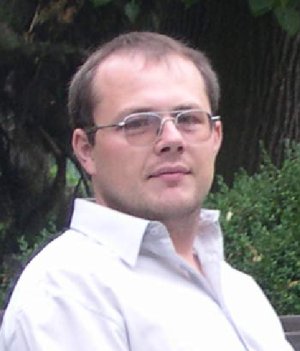 Here I would have a resume for you that will allow you to better understand what I am and what leads me. However, I must emphasize that this CV is not general, but it is written only from the point of view of the relevant topic I am discussing here.

My contact with drugs started in early childhood. My mother was a doctor and she had a great faith in them: Diazepam, Meprobamat, Alnagon, old Algen, Dinyl ... Then Rohypnol came, like a great rarity "western" Brufen, and then, after the revolution, the rifle broke with the names. But I'm going ahead.

I received my medication as a baby. Sleeping, reassuring, antibiotics, all the time. My mother thought well. She knew excellent memory: She only gave me the medicines she had read that had a very low liver load. So I avoided Diazepam, on which my mother was dependent, and Alnagon, on which my grandmother was dependent. Deeper problems my mom did not suspect. We lived in a village, and because - as doctors in the past regime had greater access to medicines - I became a drug distributor like a 5-year-old. The services and services in the village were covered by medications, mainly Alnagon. I have walked many times over the shed and carried Alnagon to the acquaintances as attention, as a defect. I wore it to my teacher from the music school, my grandmother's friends, the craftsman for repairing our wheels and custom made baking molds ...

That's when I first met the medical literature that our home library was full of. I was not able to understand beautiful literature or mathematical formulas from my father's books, so I read only fairy tales and medical books. However, I did not understand the mechanisms of the effects of drugs, and I did not find them interesting either. It seemed strange to me why the adult doctors paid such attention.

I grew up, against the will of my mother, I studied not medicine, but physiology at the Faculty of Medicine of Charles University, branch of neurobiology. Even before my graduation, my uncle died of liver failure. He was addicted to Alnagon and combined him with alcohol. I did not even see it yet. I thought progress would go forward, old medicines would be replaced by new ones, and it would be a problem. After graduation, I came into contact with Chinese herbs (so-called Traditional Chinese Medicine), started to write about them and, at the request of the readers, also ship by mail. I decided not to resemble those who stress the aspect of charlatan in the case of herbs, but they do not understand their products in scientific terms. I have studied the phytochemistry of medicinal plants supplied so that I can teach her about it and compare it side by side with the effects of other herbs and common medications. It's not an easy task, but these are the things I have my head on. I set up this information site about adaptogens and helped establish a shop of herbs and adaptogens . Then came the anti-law legislation, or rather we realized that the laws against the medicinal plants that had been in preparation long before had come into force.

The negative effects of common medications appeared in my field of vision again. I have met with women with GABA dependent Diazepam agonists. The medicine is called Zolpidem today, it is "non-benzodiazepine", but it works just like Diazepam (see explanation by Radkinson Honza ). On that occasion, I studied the materials of Dr James Duke , the world's most respected healing specialist in all world cultures. This explains why plant-based substances are, in principle, less harmful than synthetic substances. I understood that since my childhood, the usual medications have not changed, no progress has been made with them. Only the names of the drugs have changed, not their mechanisms of action. Gradually, I studied statistics to find medicinal plants, and found that 30 million women were dependent on GABA agonists in the US. That of the ten thousand deaths due to "side effects" are played by primes whose composition is alike the same as Alnagon.

Then I opened my eyes. I recently saw a TV show that said GABA agonists in some (over) civilized countries regularly take up to 30% of women. I have understood that the world's population of women at night consumes drugs very much. While men are in pubs, women at home are quietly enjoying a legal substitute for alcohol (it is also a GABA agonist). These "sedatives" in the large population of women cause psychoses and require a multi-month withdrawal treatment (I've also personally observed) anti-depressants like bupropion, also used in cessation from other severe addictions.

Me and others who write honestly about medicinal plants do not, in any case, oppose scientific medicine. It's not even about the billion dollar sales to drug dealers. It's just about that, at least small parts of people open up the possibility of choosing something that is harmless and really good luck with some luck. Drug dealers in white gloves, however, look at medicinal plants today only as an enemy gang to be pushed out of the territory. People like me are not expected to have their own initiative. They are expected to be employed in a pharmaceutical company, and 28,000 gross will oversee how a "sleeping powder" is mixed in a large bowl for half the Republic. With forgiveness, I can become one or the other, Svejk, Ezop, Saturnin, Jeeves, but I can not recommend this dear gentlemen. This is a bit complicated on the technical side, but on the technical, completely non-political topic of common drugs and drug addictions it can be demonstrated that business "coordination" not only does not serve most but not any other human group. People engaged in counter-law legislation are as mysterious as if they were the least Masonic lodge behind them, but that's only a pose. In fact, they only associate them with the willingness to think and sell their intelligence in favor of emerging phenomena whose governing nature is not human. One can expect that these people will behave in the same way against other emerging phenomena from computer networks, camera systems, wiretapping, and ultimately genetic manipulation that, as Francis Fukuyama has long said, are the greatest danger to humanity. I would like our activity to help this kind of people even know us better.

A few of my little texts can be found here: