Brief Summary: The pharmacological concept of the drug in our medicine has long been Paracelsus . In his era (16th century), the Paracelsus concept represented a fundamental innovation in pharmacy. In the 20th century, the concept of adaptogen was developed, which represents the theoretical framework for those drugs for which Paracelsus does not fit. However, today's drug assessment and all pharmaceutical legislation is paratalyst - it prefers those drugs that are the opposite of adaptogen, ie they have unilateral effects and are poisonous in higher doses.

Paracelsus and its pharmaceutical innovations 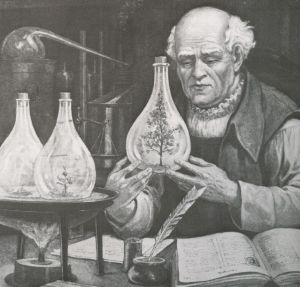 In the 16th century, Paracelsus was a great pioneer in the use of minerals and inorganic substances in European pharmacotherapy, which was based mainly on herbs. He has achieved success with the treatment of syphilis with mercury salts administered in small doses; he has been banned from publishing after he rightly described the guajak wood used to date to be inappropriate against syphilis. The true stories that Paracelsus has dealt with witchcraft, alchemy, hermetism, exploration of so-called minerals signatures , amulets, and refusal to treat astral bodies as defamation. On the other hand, I see their attempt to generalize medical science, which has gotten better shape in the 20th century in a unified theory of medicine to which the concept of adaptogen follows. I believe that Paracelsus and 20th Century scientists studying adaptogens have tried the same thing. Chronic poisoning with arsenic and mercury compounds eventually left Paracelsus himself alone . After his death, however, the glory of Paracelsus drugs continued to grow, mainly in the treatment of syphilis and generally in antibacterial substances, culminating in the discovery of salvarsan, antibiotic bismuth compounds, sulphonamides, and later penicillin, tetracycline and modern antibiotics ( Aminov2010bha ).

In the hilt of his sword, Paracelsus wore his secret cure - laudanum - which he had saved only for the most difficult and fatally ill. It was an opioid analgesic in the form of small pills . Opioids also included a famous Venetian dry-waiter, and palliative care for those who are still ill.

According to the Paracelsus maxima " sola dosis facit venenum ", each active substance (literally) poison or drug is dose-dependent only. This maxim of physiology lecturing is illustrated by the saying that we can poison both water and glucose when we overdose, and the lecturer of chemistry again consumes precisely measured cyanide doses in front of the students. In fact, however, this peak is probably best illustrated by alcohol . The Paracelsus drug therapy, which is predominant in today's medicine, is therefore typical of the use of poisonous substances, the therapeutic potential of which is expressed by the therapeutic index - an overdose of an effective dose (ED 50 ) to a toxic dose (LD 50 ) (see wikipedia ). The effective dose of ED 50 is such that 50% of the patients are cured or (alternatively) a 50% change in the health condition. Toxic LD 50 is the dose at which 50% of the laboratory animals will come. (Of course, the benefits are converted into kilograms of live weight.)

Paracelsov's view of medicines is further characterized by the fact that each drug is linked to a particular indication, which is called the main effect . Explanation: According to Paracels' maxima, each chemical is a poison that has the potential to be a drug. However, the potential to become a drug is only realized when it is used to treat a particular deviation from the physiological balance, ie a particular disease. Here the Paracelsus paradigm makes two simplifying assumptions:

If the dose and thus the deviation are too high, the active substance will necessarily appear as a poison, according to these assumptions. In the hands of a doctor, however, the same substance may act as a cure. When? At that time, when the physiological state of the patient is already deviated from the normal (i.e., from the health) in the exact opposite direction to that particular substance. That is, when the substance is the exact antidote to the disease state. Do you suffer from muscarinic poisoning? We'll give you atropine. Do you suffer from atropine poisoning? We'll give you muskarin. This is the essence of Paracelsus' theory of the main effect. It's a simplification useful, probably like Ohm's law in physics. And as schoolchildren do not have the right to explain to the physics teacher that the Ohm's law does not apply, the citizens of the Czech Republic have no right to explain to the legislature that many Paracelsovian views are not appropriate.

The situation where the Paracelsus drug is the exact antidote for the condition being treated (as for a pair of muscarin-atropine) is rare in clinical practice. If we had absolutely perfect Paracelsus drugs, they would just bring health at the right dose. In fact, Paracelsus's simplification in confronting clinical reality fails just as Ohm's law does not apply to your computer's microprocessor. Real illnesses do not bother to be the mirror images of the effect of drugs available to us. Very often, we use a paracelsal substance with many effects to correct a single key quantity - blood pressure, stomach acidity, insulin levels, hormonal stress (talking about corticosteroids), bleeding, inflammation, total drowsiness ... The key quantity is adjusted , a lot of other parameters decide. Hic are side effects , de facto euphemism for the toxicity of common drugs.

The Paracelsus concept is formulated explicitly

Paracelsian drug theorists sitting in legislative bodies do not always harass their hidden assumptions verbally. Let's do it for them. The sum given so far is:

Paracelsus paradigm of the drug

It is clear from the spirit and letter of the Pharmaceutical Act that this paradigm is governed by this paradigm. Between poisons and medicines, our (and not only our) legislation makes no distinction at all. It only distinguishes between strong and weakly active substances. For example, Decree of Ministry of Health of the Czech Republic No. 343/2003 Coll. divides medicinal plants into "very powerful", "highly effective" and "other used", with the fatally poisonous category being "very strong". Adaptogens rank among the "others used", ie they are implicitly denied by their effectiveness.

One word: He does not. Adaptogens are not poisonous. They do not have and must not have the main effect. They do not affect and the definition of the physiological parameter must not affect the hardness plus or minus the direction. They do not have LD 50 and hence no classical therapeutic index. Their effective dose (ED 50 ) can be measured in specific cases, but they do not express and should not express their overall quality. Adaptogens should be a little more than a simple allosteric effect on one or the other receptor. I do not see Paracelsa or today's legislators ignorant of the fact that drugs are harmless as well. Paracelsus broke into infectious diseases that were not herbal remedies. He was and still is the founder of general pharmacology. It is not so that he has led the legislator to a shame. His paradigm is popular because it suits. Adaptogens are degraded to ineffective adjuvants (diet supplements), placebo and other homeopathic medicines, or panacea and other Swedish drops that cure everything and nothing. See also comparisons of adaptogens and Paracelsus drugs .