Origin of the term adaptogen 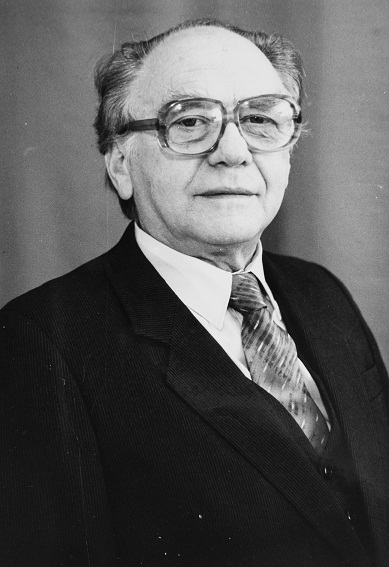 The origin of the term "adaptogen" dates back to 1947 and is attributed to a Soviet physician and scientist Nikolai Lazarev. Lazarev, who graduated in medicine in 1928, first devoted his study to harmful industrial chemicals, use of which was expanding rapidly at the time. During World War II, Lazarev was assigned the task of examining military psychotropic stimulants (amphetamines, cocaine), then popular in all armies. As a scientist, Lazarev probably was not satisfied with short-term euphoric effects, followed by a long phase of depression with a risk of serious health damage. Use of these simple psychotropic stimulants may perhaps pay off in specific tactial situations, but their long-term use leads to addiction and ultimately proves as very negative.

After the war, Lazarev went on to search for the substances that would improve human health and performance on the long-term, without causing dependence or negative effects. At that time, introduction of the concept of adaptogens carried an important meaning of official medical refutation of simple addictive stimulants, which were not prohibited by the law yet and which were commonly used (and abused) by the general public. Prohibition of "hard drugs" today might give one feeling that they are prohibited because they are "the most effective". The fact is, however, that "hard drugs" were considered obsolete already at the end of the 2nd World War and the definition of an "adaptogen" served as a target point on the horizon, to which future generations of stimulants should converge (please tell this to your friends and/or descendants attending the rave parties).

It would certainly be very interesting to read the original of Lazarev's work, which unfortunately is not readily available – even referring scientific literature is almost exclusively in Russian and without online access. I got the above info together from third-hand sources (eg kelly2001rrp).

The classical period of the study of adaptogens

The Golden Age of the research of adaptogens came in 50s and 60s. Lazarev's studies were followed by a new generation of scientists. In 1969, Israel Brekhman and Igor Dardymov published (brekhman1969nsp through davydov2000es) following, now legendary, formal definition of an adaptogen:

Definition of an adaptogen

It was ginseng itself that served as an initial inspiration and a model of natural adaptogens. Ginseng effects, at higher doses, are reminiscent of those of the war-time drugs, but unlike them, beneficial to health. Ginseng effect has been studied in then-popular army (berdyshev1981eeb) and cosmic (khasina1983eee) context, in physical exhaustion (dardymov1972ipr), fasting (peng1963egc), extreme temperatures (novozhilov1985mae), radiation (brekhman1960ecp), chemical and microbial load, psychological stress (brekhman1969eea) etc. Although there was some effort to search for synthetic adaptogens (eg 2-benzyl-benzimidazole (dibazole) discovered as neuroprotectant by Lazarev (brekhman1969nsp)), or even physical adaptogens (karpan1999lie), traditional medicine proved to be the easiest source. Brekhman and Dardymov proceeded to study hundreds of traditional Asian recipes. In his famous report of 1969, Brekman first mentioned Panax ginseng CA Meyer along with Eleutherococcus senticosus (Rupr. & Maxim.) Maxim. and other Araliaceae, Rhaponticum carthamoides (Wild.) Iljin, Carlina biebersteinii Bernh., Rhodiola rosea L., Schizandra chinensis (Turcz.) Bail. and others.

Many years have passed since the classical research of adaptogens. Psychotropic substances were prohibited by law, the average moral level researchers decreased, military and cosmic research fell out of fashion, herbal remedies came into fashion... Positive charge of the term adaptogen means that it is very sensitive on how honestly is it used. In a market economy, there is a temptation to apply the label adaptogen to any goods of which good sales are desired. Number of scientific publications using the keyword adaptogen increased, but prudence in its use decreased. In this situation, the voices have appeared calling for the abandonment of the term adaptogen, and they are the voices of the very same hard-core researchers who worked on ginseng and other traditional adaptogens (davydov2000es). But in my opinion, the problem of honesty in the use of language cannot be solved by a ban on all words with positive meaning. In current practice, adaptogen in the sense of a group name for a certain class of tonics continues to serve and has no adequate substitute.

Originally, the category of adaptogens was invented not for the purpose of enriching the herb sellers' vocabulary, but as a novel term to describe the next generations of medicines. Existing pharmacological categories, such as analgesics, antipyretics, antibiotics, sedatives, diuretics more or less assume a disease state, which is to be corrected through the drug action. But in Soviet bright future, people aren't going to be ill, are they? The medicines will stop the disease before it has chance to develop, so they will no longer be anti-this, anti-that, but something-protectants: hepatoprotectants, radioprotectants, neuroprotectants etc. They will not only protect the existing state of the body, but will strengthen it as required by our duties at the moment (lavan2003ssv). I believe that the need to free the trade of a healer from the dependence on the disease led Brekhmann to introduction of the concepts valeology / adaptogen as counterparts of the pair medicine / drug. (Apologies for the russian link, entry "valeology" in English Wikipedia probably waits until I have enough time to write it :-)