Dear visitor, this is a machine-translated article. It makes perfect sense in its original language (Czech), and is fully backed by independent scientific literature. The translation, though, is far from perfect and takes patience and imagination, if you decide to read it.
Eleutherococcus senticosus

Eleutherococcus senticosus (Rupr. & Maxim.) Maxim.), Was also the first "ginseng" I had the opportunity to practice (it was during my trip to the Far East), which led me later to write this historical page on Siberian ginseng ( Eleutherococcus senticosus ) . The page still has historical value, but it comes from a time when I was still the victim of two frequent mistakes - I considered the effects of ginseng to be scientifically inconclusive, and only on the basis of botanical affinity I considered that Siberian ginseng and ginseng genuine are almost identical to their chemical composition. As a result, due to the lack of information regarding only E. senticosus, I "helped" by paying the information from P. ginseng and P. quinquefolius . Somewhat apologizes to me for the fact that the same mistake was made by the famous Russian scientists at the beginning of the study of eleutherococcus.

Just like ginseng , eleuterokok is harmless . According to Medon1981het , LD 50 dried water extract of eleutherococcus was not able to determine (> 3g / kg) in mice.

The Medon1981het study, dating back to Brechman times, also demonstrates the hypoglycaemic effect of eleutherococcus. Brechman said that eleutherococcus (even at athletes) is even more effective than ginseng. It is generally believed that eleutherococci does not reach the overall efficacy of ginseng, but today there is a large number of studies demonstrating the potential for its effect on stress and fatigue ( Deyama2001cpe , Cicero2004esg , Huang2011bfa , Panossian2009eea ). As with many other adaptogens, I would emphasize the need for proper dosing - one or two capsules a day is definitely not enough.

Unlike ginseng, other plants of the aralkovite family, including eleutherococcus, are woody shrubs, unlike their consistency for direct consumption. Eleutherococcus requires extraction. In Medon1981het , the preparation of the eleutrokrook extract is described for 10 minutes by mixing 100 g of powdered drug ( radix / lignum ) in 1000 ml of distilled water at 60 ° C. In this method 100 grams of eleuterokok is obtained from 1 liter of a solution containing 1.6 grams of dissolved substances. These can be obtained by drying (lyophilization) as a powder extract. Therefore, if a manufacturer really filled the capsule, say, 400mg of pure powder extract, we could talk about proper dosing. Such a product will not be so easy to see with us. What is offered in stores as eleuterokok contains an extract of eleutherococcus mostly in a small, totally ineffective quantity. In the former. The Soviet Union sells a relatively honest liquid extract of eleuterokoku ( infusion of Siberian ginseng ), which would like to enjoy more than a few drops, as I did. 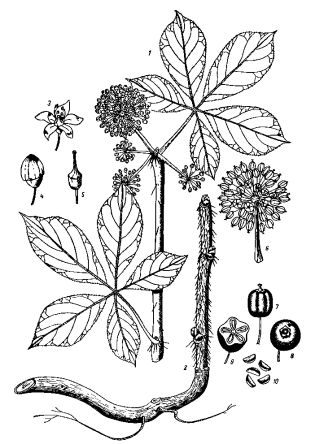 Eleuterokok - an adaptogen whose discovery was inspired by ginseng

Eleutherocok as an adaptogen was discovered by Brechman by a systematic study of the Aralaceae family ( Araliaceae ) to which his experience with ginseng has inspired him as an ergogenic agent. I'm going to be biased now, but I guess Brechman ideally dreamed of discovering an even more effective adaptogen than ginseng. It turned out that the genus genus is rare in the Aralkovite family, and the only other adaptogenic plant Brechman found in the Aralkovites was the eleutherococcus, which Brechman even began to claim to exceed the ginseng in some aspects. This is a statement that many people have later argued for but it is a reason for me to pay attention to eleutherococcus.

From a chemical point of view, ginseng and eleuterokok differ totally from each other

The genus genus ( Panax ) is unique in the family Araliaceae . Its content, panaxosides , in addition to ginseng, is not found in almost any other plant ( Gynostemma pentaphyllum ) contains about 0.5% ginseng panaxosides whose leaves also contain a limited amount of panaxosides identical to those of ginseng. We know it today. It was not so clear in Brechman's time-the whole idea of ​​systematic searching of the Aralkovite family was based on the assumption that the phylogenetic relationship with the ginseng would be manifested in chemical affinity. This assumption turned out to be false - the discovery of eleutherococcus appears in this light as a happy coincidence that Brechman could equally well encounter when researching any other plant family. 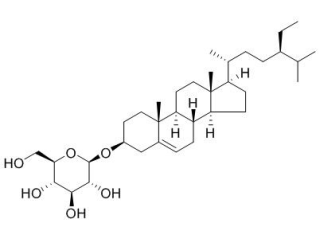 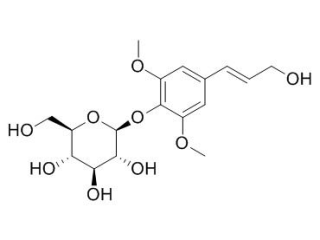 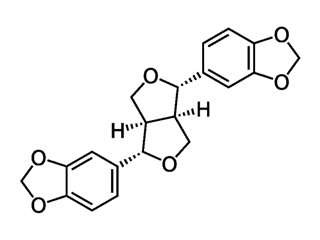 The phytochemical investigation of the plant begins with the isolation of the substance. He gave Eleutherosides elec- troside to the eleutherococci Brechman, following the panaxoside / ginsenoside pattern in ginseng. In the Davydov2000es review, the author expresses his dissatisfaction with this Brechman's choice ( I have already written elsewhere ).

Eleutherococcal content does not match the ginseng. No panaxoside ginseng can be found in eleutherococcus. "Eleutherosides" are not specific to eleutherococcus, in other words, they have been previously described from common plants such as carrot, lilac, ivy, dsn.

Eleutherococus has been investigated for many diseases and adaptation effects. It will take me a while to get all the seasons here: