Hello, after a few years I went to the site (www.ooo.cz/zen-sen), which helped me a long time. And they are already historical :-). In the morning I put two teaspoons of my own extract of eleutherococcus, brahmi, tulips, and rhodes of the many-flowered. I recommend you to look at Phylantum amarus and Mitragyna speciosa. No one is being introduced to the Czech Republic in the first place, it is banned by the other EU. Pharmacists then create a monopoly, and we are a little bit more knowledgeable. with regards rm

The ooo.cz/zen-sen website is historic today, because I have made a historical mistake on them - just as Mr. Brechman once, and I assumed that the composition and effects of ginseng and related eleutherococcus would be related. No! Both are effective, but completely different. I then arbitrarily extrapolated to my shame some scientific information about genius on eleutherococcus. I promise I will not get it anymore: Panax ginseng) and Eleutherococcus senticosus , incorrectly referred to as " Siberian Ginseng ", have nothing in common at all ( davydov2000es ), except that they are both adapted to Brechman ( brekhman1969nsp ).

Next, let me thank you for your reminders and let me down for your global insight into pharmaceutical policy. I would like to use your comment as a pass to make this policy a bit clearer to other readers. Pharmaceutical companies, like Coca Cola, are the historic successor of drug dealers - Coca Cola was originally a herbal drink without bubbles, but with cocaine content. The original owner of the company was the opium victim. Pharmaceutical companies started similarly, mostly wealthy selling opium pills as a miracle cure, such as toothache or syrup for naughty babies, or something like the movie Dissolved and Dropped. 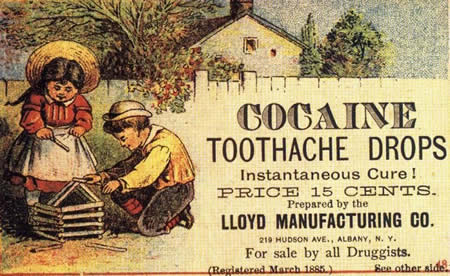 It is not essential what these "medicines" were officially intended for. People bought them as a drug and still had a good conscience to do something for their health. It is logical that the dealers of this type of "drugs" richest. There were no regulatory laws yet. Today we have these laws, but serve as a guard dog to confirm the position of the original opium dealers.

After the sale of some addictive substances was banned by ordinary mortals in the 20th century, the beverage industry was forced to revert to caffeine ( Dr. Kofein ). Caffeine is a less addictive, less harmful and less profitable substitute for cocaine, and the beverage industry now holds it like a Cure of Hell. Pharmaceutical companies have been better off, the sale of addictive substances is still allowed in hidden form. A glaring example is GABA agonists, which should be called powder in the powder. They are sold as "sedatives", in fact, they are triggered by the activation of the alcohol receptor. Diazepam, Rohypnol, Valium, Zolpidem, tells anyone something? They cause physical dependence as strong as alcoholism, but they come with good conscience and less damage to the liver in calculating dollar sales. They are legal as well as alcohol, but, unlike alcohol, they can produce only a few manufacturers, so-called pharmaceutical companies. The aim of merging these companies into larger and larger units is not production optimization, as is officially claimed, but the monopolization of the dependency market.

It is estimated that up to 10% of the population, especially women who otherwise have social barriers to alcoholism, is estimated to have a secret addiction to "sedatives" in "developed countries". In the US, about 30 million women are dependent on sedatives. Other classes of addictive "drugs" affect other classes of receptors, such as Alnagon and its clones affect opioid receptors. This could be continued. But it is not my goal here to write a complete list of non-pharmacists. There could be some aspirin or paralen , whose mechanism of action is very primitive from a technical point of view. Modern pharmaceutical science has gained a good reputation on antibiotics , but Alnagon is neither salvarsan nor penicillin. These drugs do not cure anything, they only parasite the weaknesses of the human nervous system. This is a thing that the key people in pharmaceutical megas know well - remembering what they've earned their first money. And now imagine that we and you will come and offer the public a healthier alternative to GABA agonists in the form of Pacific Piper methysticum (also kava kava), or a healthier alternative to Alnagon in the form of the Mitragyna speciosa plant that you have been alerted to. And then comes Duke's Phytochemical Database and explains to people that herbal treatments are fatal miscarriages with a probability of 1 million, while "normal" drugs die in the United States, for example, due to an incorrect dosage of about one person in 2000. This would could not. That must not be allowed. Today, pharmaceutical companies are not interested in getting new drugs on the market unless managers are absolutely sure it will be a "blockbuster" exclusively for them. The process of approving and clinical testing of drugs is terribly expensive, as everyone is stealing with forgiveness. Everything is set in such a way that nothing can happen that is not under monopoly control.

As for the other plants you mentioned, I did not know Phyllanthus amarus and Mitragyna speciosa plants until you noticed me. Thank you. I know the effectiveness of the multi-flower rhodium, the sacrum basil ( Ocimum sanctum ) and the Bacopa moniera (brahmi), even though I have never tried them before. They meet the definition of the adaptogen and definitely deserve a mention in my list of interesting herbs. I am currently testing the Momordica cochinchinensis (sweet pumpkin) plant, which contains a natural non-caloric sweetener, similar to licorice or Stevia rebaudiana .