Dear visitor, this is a machine-translated article. It makes perfect sense in its original language (Czech), and is fully backed by independent scientific literature. The translation, though, is far from perfect and takes patience and imagination, if you decide to read it.
Curcuma longa ( Curcuma longa )

The turmeric belongs to the Zingiberacae family and the ginger recalls both appearance and healing. Like a ginger, it is a sturdy herb of up to 1m in height, which has a dragon-like ginger under the ground, but a different color and taste. The color of the curcuma rhizome is much more intense than the ginger to the orange. The flavor is less burning and more bitter. Like other ginger, turkey is a beautiful decorative tropical plant, which can be grown with a little patience as a houseplant ( cultivation instructions ).

Turmeric is one of the traditional means of Ayurveda and TČM used mainly as a means of inflammation and diabetes. Nowadays, more attention is also paid to the anticancer properties of turmeric.

The turmeric contains about 6% of the essential oil and about 5% of the curcuminoids. The most important kurkuminoid is kurkumin . We do not have to be so interested in chemistry that kurkumin ranks between polyphenols and terpenoids. It is enough to look at the molecule: due to its double bonds it is conductive from the viewpoint and the electrical charge in it easily oscillates from one phenolic circle to the other. The phenolic rings behave like the condenser plates and the whole molecule of curcumin as a resonator at the frequency of visible light. This is the intense yellow color of turmeric.

Thanks to its conductivity, curcumin is a very powerful antioxidant . The oxygen atoms protruding from the conductive skeleton simply reduce the oxidized compounds and inactivate the free radicals. When measuring the anti-oxidative force of curcumin, it was found that curcumin at a concentration of 15μg / ml of 97% inhibited the lipid peroxidation of the linoleic acid emulsion ( Ak2008ars ), a very strong antioxidant effect. Besides curcuminoids, turmeric contains volatile terpenoids, of which the most important is α- turmeron, β-turmeron and zingiberen. 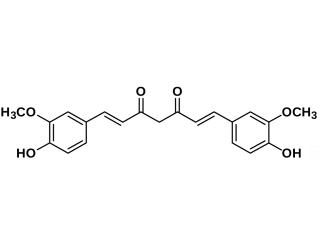 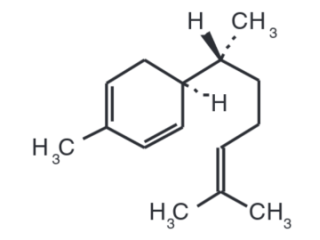 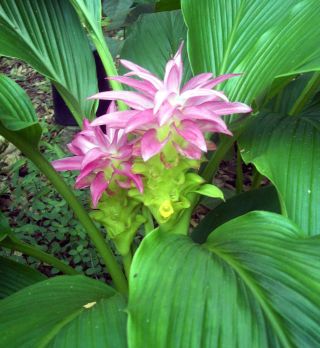 It is absolutely safe to say that turmeric belongs to our diet and its use is healthy . When we cook soup, we put the vegetable soup into it not only to get the ingredients in the vegetables but also to protect the antioxidants (especially vitamin C) in the vegetables contained by the other ingredients from the oxidation degradation. While vitamin C works mainly in the water phase, curcumin from turmeric protects mainly fats. This is not the taste and not even the color of the turmeric but its antioxidant effect. Much greater uncertainty was, however, surrounded by the curcumin systemic effect.

Curcuma is an excellent example of a plant where one can save a lot of effort and doubts when he believes in traditional medicine systems (TČM and Ayurveda) and will not seek scientific proof of its effectiveness. According to the practical experience of the TCM and Ayurveda, the turmeric is definitely healing, while understanding and confirming the same scientifically is extremely difficult for professionals. Frankly speaking, I am not pleased with this fact. I do not like the fact that blind people have the advantage here, I feel some incongruity about the fact that we scientists are in turkey just to say "Yes, TCM and Ayurveda were right" after a lengthy study. However, when we have to recognize this, the curcuma case can be used as an example of how hard it is to scientifically confirm and explain otherwise obvious biological phenomena. The turkey busy complex is actually quite simple. Turmeric has one major drug - kurkumin. Other turmeric substances (turmeron, zingiberen) are not effective ( Chen2017ata ...), but compared to curcumin they are secondary. So let's look at how kurkumin has been a scientist for a long time, while Chinese-Indian charlatans have a quiet sleep and, moreover, the truth.

Traditional medical systems - TČM and Ajurvéda - attribute to turmeric an effect against inflammation and pain , especially joint pain and rheumatoid arthritis , as well as menstrual problems, digestive problems and external skin diseases . One of the good scientific articles describing these properties not only in curcuma but also in ginger is Lakhan2015zep . These attributes attributed science to curcumin. It has been shown that curcumin has extensive anti-inflammatory and anticancer activity in the human body ( Sharma2007ppc ). Today's publications include Tejada2016whe , according to which curcumin improves wound healing , the Panahi2017aec clinical trial, in which curcumin improves the metabolic health of diabetics, and a review of Basnet2011cam on the preventive action of kurcumin against cancer. But even much older twentieth-century publications have confirmed the miraculous effect of curcumin.

Apparently everything was seated. But only until it has come to the conclusion that, contrary to expectations, turkey from the digestive tract does not absorb into the bloodstream, it absorbs very little. Scientists have already learned in the 1980s that turmeric is too little in the blood to explain the cucumber healing. Stacks of turkey publications suddenly seemed overly optimistic. The question arises as to how turmeric works at all? There were several possible explanations for the scientists in the 1980s and 1990s:

Every possibility had its proponents. For example, option 3 supported publications documenting the healing properties of kurcumin in the digestive tract (see Thamlikitkul1989rdb and others). WHO, in its opinion on kurkumine, has shifted to option 5 - that curcumin is systemically ineffective and only treats the digestive tract.

However, just that turkey does not absorb is inherently chemically odd. The protruding curcumin molecule is somewhat polar but still small enough for a snake to crawl through the lipid membrane into the intestinal cells and from there to the blood. Why is it not absorbed? After a long study, it was found that curcumin actually absorbs but faces a dual kind of active defense against poisons. The first defense is a specific BCRP (Breast Cancer Resistance Protein) that pumps turkey back into the intestine. BCRP protects us from various poisons and people who do not get it right often (as the name implies) catches breast cancer . The discovery of BCRP was one of the triumphs of bioinformatics at the turn of the 21st century. The second defense against curcumin is the activity of hepatic cells that evaluate the kurkumin as a suspect, branding it with the glucuronic acid residue (which is a modified glucose) and pumping the glucuronate into the intestine as glucuronate. The fixed polar residue prevents recursion of curcumin into the blood and furthermore informs the intestinal cells that the labeled molecule is not to be absorbed. Our liver cells do not hesitate to sacrifice one whole molecule of glucose for each molecule of curcumin, just to make sure the horror remains out. They are not just enough to distinguish cucumine from chemically similar poisons.

Does that mean that the TCM and Ayurveda are wrong? That curcumin always remains out of the bloodstream and is therefore ineffective? Not. After even longer research, it has been found that there are two situations when kurkumin is just absorbed. The first is when our digestive mucosa and (more precisely its mucous layer) are damaged. When the protective slime of the intestine is disturbed (eg due to intestinal infection), curcumin penetrates into circulation in such a large amount that BCRP and the liver are not enough to pump out and can heal us. The second case when curcumin reaches the healing concentration is when we add pepper to the meal except turmeric. Pepper contains piperine, which not only has a peppery taste, but primarily inhibits the transport of turmeric in the intestine as glucuronate.

So when we eat turmeric every day , as Indian people do, kurkumin will get us into the bloodstream from time to time. So TUC and Ayurveda eventually win. Now, let me just tell you that I have simplified this story a little bit, and when you want to know how it is, read the publication "Physiological barriers to the oral delivery of curcumin" ( Berginc2012pbo ). And if you just want to use the curative effects of curcumin (listed in the recent Kunnumakkara2017cgn review) in your diet, enjoy curcuma or curry with a little pepper.