Tornado Momordica ( Momordica charantia Descourt.), Also a bittersweet, is a medicinal herb from the family of Cucurbitaceae . Her Chinese name

[to chicken] simply means "bitter pumpkin", but the bitter taste has other pumpkins - for example, the ends of garden cucumber. Momordica bitter is traditionally used in diabetes and also seems to be one of the few herbs that are also effective against obesity . According to Ethnobotanical Syllabus, Dr. Duke, this plant excels with other ingredients.

M. charantia belongs to the family of cucumbers ( Cucurbitaceae ) and does not deny their origin. It is a creepy, pumpkin-like plant with herbal shoots up to 5m long. Its tendrils are branched, leaves typically five to seven-year old, flowers of one-headed, pentagonal, yellow, with clear veins. The fruit is 5-25 cm long, spindle-shaped, with a wrinkled surface, maturing yellow. The plant was introduced into practically all tropical areas.

The fruits are bitter, but when we get used to them, they will taste like beer or fernet. They can also be eaten in the raw state (the way I prefer) and in spite of the bitterness they have an exceptionally fresh and pleasant flavor. In the immature state they are green and taste like a stiffer, juicy and crunchy cucumber. In the mature state, the bitterness almost disappears, the skin becomes yellowish, it gets a flourish consistency with melon flavor, the pulp is colored with wine, it becomes gelatinous and gets a sweet taste. Out of season or in countries where fresh momordic can not be harvested (as in our country) it can be used as a tea. 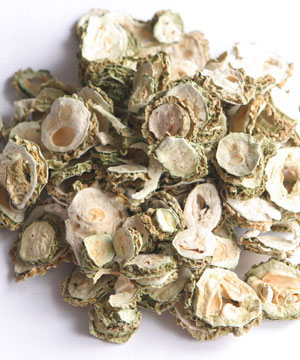 More than 100 scientific studies (for example, Grover2004pap ) show several effects of M. charantia, of which the most important are:

Momordika appears to have a significant preventive and therapeutic potential for cancer . The cytostatic properties of Momordica were first described almost half a century ago ( West1971ape ). The pioneer of this research was Dolores J. Takemot of Kansas State University, which examined the effect of momordic on healthy leukocytes ( Takemoto1982pcc ), leukemia cells ( Takemoto1982cce ) and animal cancer ( Jilka1983vaa ). Dr. Takemoto described the adaptive phenomenon as a typical antagonistic (activating and inhibiting) effect of momordics on immune cells - compare her Takemoto1982pcc and Cunnick1990itc , also Licastro1980tmc .

Since then, there have been dozens of publications describing the effect of momordic against various lines of cancer cells in vitro that are too numerous to name them. Studies for the anticancer effect in animals in vivo include Jilka1983vaa , Singh1998mcb , Ganguly2000pcm , Ganguly2000pcm , Agrawal2010cae . Anti-cancer effects also have momordicum seeds, mainly due to its alpha-eleostearic acid content, which accounts for up to 60% of momordic oil ( Kobori2008aai , Grossman2009eai ). Momordiki seed oil acts on PPARγ receptors and inhibits the development of colon and rectum cancer ( Khan2007bgm ) on the experimental model. An overview of the current state of momordic research as an anticancer agent is provided by Raina2016pbm , Dandawate2016bmp and Nerurkar2010bma . Monomorphic seeds with their high eleostearic acid activity act against colon and rectal cancer . ( Kobori2008aai , Khan2007bgm ).

Obesity is a stubborn disease. To date, no natural or artificial remedies have been discovered (except poisons) to remove obesity promptly and completely. Herbs at least as effective against obesity are saffron and I think that this effect of Momordica deserves a special mention.

The core of the problem of obesity

In fatheads, the true meaning of the saying "hungry for the hungry" does not believe. The expert system that controls our intake of food in our brains is superior to our will. The means we manage is strong as the strongest drug addiction. Most people also do not realize how smart our built-in nutrition computer is. He is so smart that he literally "sees" most of the means to try to obfuscate hunger. Caffeine, non-caloric sweeteners, and Dober's contrasting days do not help. I suspect that its systems are backed up two or three times by nerve circuits of unequal construction . (They naturally eat the plants naturally - they can not rely on sweet taste.) The long-term management of obesity lies in the fact that we cuddle our nutrition computer and try to get where we can go without getting angry with it.

Bitter Cucumber - A new card in the game against the thickness

Momordika acts on the insulin signaling pathway . In rodents, it has been shown lately that Momordica reduces the amount of fat in the body of animals built with an unhealthy fat- rich diet ( Huang2008bmm ). Momordica also reduced the amount of intrauterine fat with possible action over PPAR-γ receptors ( Shih2008emc ). The work shows that the reduction in fat in the body of laboratory animals was accompanied by an overall improvement of several indicators associated with metabolic syndrome ( Chen2005rab , Chan2005rab ).

How to use momordica

In spite of its bitterness, M. charantia in the countries of its occurrence is treated as a pumpkin, served as a food supplement or made of soup. When I first gave it to me, I almost went to complain about the cook, but today I do not let her go.

Dried slices that we supply are recommended to prepare for about 5 minutes by boiling 5-6 pieces in 200ml of water, or to add to any just hot tea for 2-5 minutes.

Otherwise, it is basically dried vegetables and should be treated accordingly - try adding, for example, a chicken broth to a particularly healthy soup. Bits of bitter pumpkin try to eat. The flesh itself is excellent, but be careful about the seeds, they have an unpleasant smell when they are bloated. 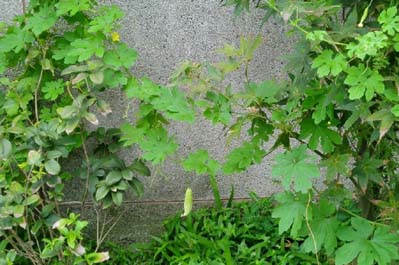 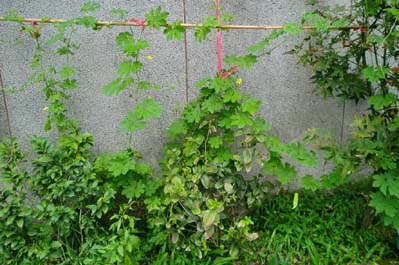 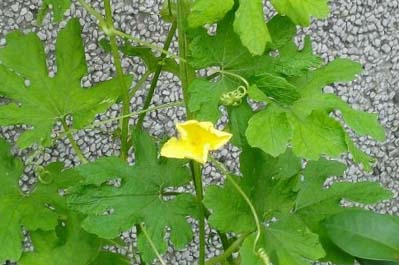 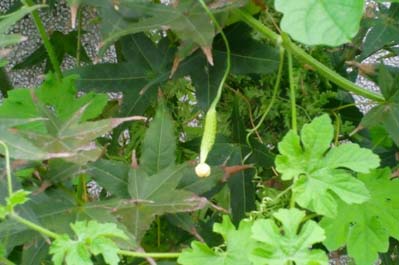 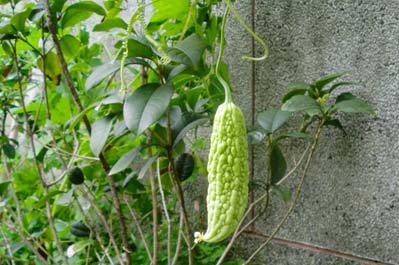 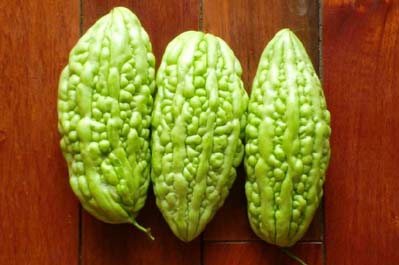