Dear visitor, this is a machine-translated article. It makes perfect sense in its original language (Czech), and is fully backed by independent scientific literature. The translation, though, is far from perfect and takes patience and imagination, if you decide to read it.
Angelica sinensis wiki

The Chinese angel ( Angelica sinensis (Oliv.) Diels), Chinese 當前 ( dan kuej , pinyin dong quai ) belongs to the family of the shrew and is one of the basic plants of the TČM. The root has a very special odor given by the high content of ligustilide. For several millennia, the non-scientific TCP has recognized aphelion as a means of preventing anemia, bleeding and painful menstruation, menstrual cramps and other illnesses. The Chinese angel at the TCM is called "female ginseng" and Dr. Duke even spreads unverified reports that he helps against frigidity . According to the WHO and the EU that governs it, the Angel is clinically useless.

The rod of angles ( Angelica ) has several dozen species. These include, for example, our woodland angelfish ( Angelica sylvestris L.) and the medical heath (= Angelica angelica, Angelica archangelica L.). Chinese angel stands out above other related species with a high content of the main active ingredients: ligustilide and ferulic acid. It has up to 10 times more than other types of angels, eg Japanese A. acutiloba and Korean A. gigas ( Zhao2003mgc ).

Ingredients of the heel (angels)

We do not need to smell the roots of the angel. Just put it in the kitchen on the table and in a moment the whole room will smell like a phytochemical lab. The main bearer of the angel's fragrance is ligustilid - the root contains up to 5%. Ligustilide is a volatile, aromatic phthalic acid derivative (Figure!). It is also found in other plants (the name is derived from the grace, Ligusticum ), but the angel has a lot of it. Other characteristic angel phthalides are (Z) -6,7-epoxyligustilide, butylphthalide, angelicide and (Z) -butylidenephthalide. The terpenoids contain an angel of β-cadinen, carvacrol and cis-β-ocimen. Other important substances are ferulic acid, vanilic acid and coumarin - angelol G, angelikon and umbeliferon. Interest is also attributed to proteoglycan polysaccharides of angels, which have shown a protective effect on neurons ( Lei2014pfa ) and immunity ( Zhao2012scr ). 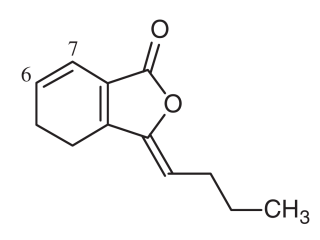 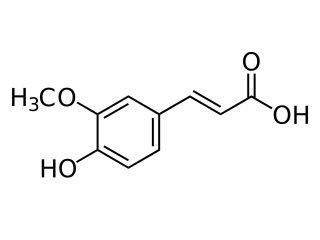 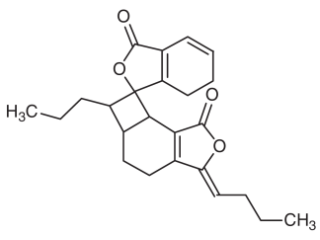 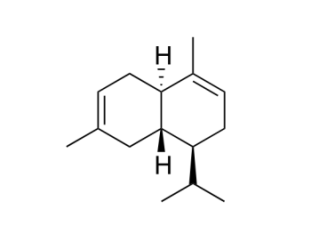 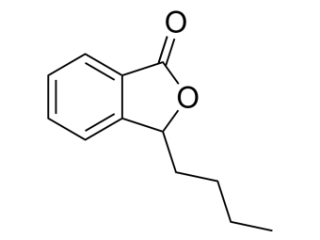 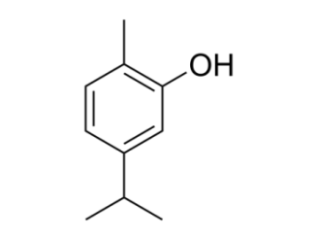 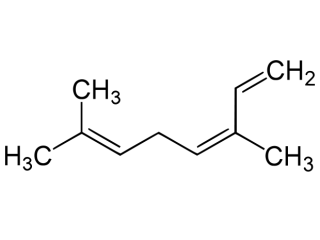 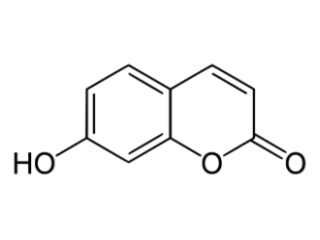 Effects of the Jug (angels)

About the Chinese angel there are several hundred scientific publications. In existing animal and clinical studies, the Chinese angel root was used to treat gynecological, cardiovascular problems, nerve problems including cerebral ischemia and nephrotic syndrome ( Chen2013pps ). Significant is the use of angels in osteoarthritis and joint pain associated with it, which sums up the Magdalou2015aso review .

The Xu2000ose study in 60 patients found approximately 20% reduction in pulmonary hypertension and a corresponding reduction in hormone correlations of hypertension (angiotensin II, endothelin-1, etc.). A clinical study of Kupfersztain2003ien (55 women in climacterium) found the effect of a mixture of angelica and chamomile against hot flashes in menopause. The effect of the angelic root against anemia (anemia) was demonstrated in rats ( Liu2012pif ).

The effects of the angel (angel) against cancer

Let's start by judging: Scientific evidence of the effectiveness of the cancer cough is extensive but still not sufficiently bulletproof. However, the practical experience of TČM can not be removed from the table in this way.

According to Lai2012ppc , Chinese deer is the most common component of the 10 most commonly used standard herbal mixtures prescribed for breast cancer in TCH surgery in Taiwan. I mean, TČM has a good opinion about breast implants. (The most widely used individual herb in this cancer is Oldenlandia is stretched , with a deeper interest in the article on breast cancer .) Western medicine TCE does not believe it and it will take some time for the Chinese angel to answer his own set of questions (see, for example, Lau2005udq ). The anti-cancer effects were found in the angels in brain ( Cheng2004aea , Tsai2006ncn ) and other ( Kan2008sae ) tumors, its phthalides and coumarins acted against colon and rectum cancer ( Kan2008sae , Zheng2016iea ), its polysaccharides acting in vivo against three different cancers ( Shang2003esa ) in mice. There are several hundreds of similar studies.

The heel does not contain any special chemicals that would not be present in other common herbs. The main content of angelic substances is found in other species of chicory vegetables and their negative effects do not have to worry. If we take the doctor's recommendation on the doctor's advice, we keep his instructions on the dosing.