In some professions, mental performance is a critical factor and its maximization is needed by all those who practice these professions. I have already written about mental stress and the effect of adaptogens on him in another article . Here I deal with the methods by which healthy people can increase their mental performance. Sometimes, it's just a relaxing exercise, in which we try to relax and better focus on the mental activity we perform.

Nootropics are defined as intelligence-enhancing or other (e.g., calming) thought-improving. Of course, it is more a desire than a reality, the intelligence is too complex to be able to increase in a person by the use of some individual substance. Nootropics are, in practice, mostly substances improving a brain physiology parameter, for example, blood circulation in the brain or the availability of neurotransmitters. They do not work for all people, but only for those who have a problem with the physiological parameter - because the brain completely healthy will ensure seamless enough blood circulation and the availability of transporters. Other nootropics are derived from psychiatric drugs, in the expectation that what helps weakened individuals can boost the normal brain to higher performance. (Well-known piracetam is something between these two categories.) Other substances do not function as nootropic only by their calming effect - maybe you did not know that common ethanol is forbidden as doping in competition shooters just because of a calming effect. Finally, I would like to mention the category of nootropics, which are, from my point of view, the most important biologist, and these are natural adaptogenic nootropics.

Genuine Genuine is a well-studied nootropic 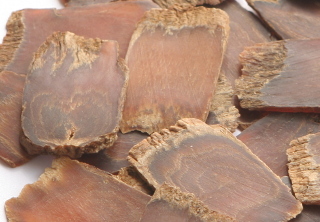 Improvement in average mental performance (nootropic effect) has been a subject of great interest in ginseng and is documented by many publications. Scientific research on its efficacy is important because the subjectively felt effect of ginseng on improving thinking and working concentration is difficult to distinguish from the placebo effect. We can build on gossip like nootropics with faith or unbelief, but with the fact that nootropic effect is the number of studies with which other herbs can hardly compete. The nootropic effect of ginseng is explained by three main mechanisms:

Calming effect through the GABAergy system

Ginsenosides Rb1, Rb2, Rc , Re , Rf and Rg1 reversibly bind to GABA receptors ( Kimura1994igw ). Like piracetam, ginseng also stabilizes the activity of GABA neurons . This helps with negatively motivated tasks, as confirmed by animal studies ( Churchill2002npg ). Ginseng, although not euphoric, helps with depression . and removes insomnia .

Improving memory due to the acetylcholine system

Other psychic effects of ginseng

Ginseng regulates stress, activates the psyche and removes the psychic feeling of fatigue ( Kim2003iii , Yoshimura1988ace , Kim2003egs ). Gssd. 20 (S) Rg2 improved learning and memory in rats and restricted experimental disturbance of the psyche ( Ma1993e2c ). The use of ginseng in the context of psychiatric treatment is discussed by Wilkie1994grj . Consideration has also been given to the use of ginseng in Alzheimer's disease , which grossly disturbs thinking. I was wearing a very high dose of ginseng (up to 30g a day for 2 weeks) for signs of hyperactivity and irritation. However, the mouse Yoshimurassa study observed aggression reduction of panaxoside Rb 1 after pancreatic extract, while panaxoside Rg1 increased aggressivity. (The adverse effects of content are typical for ginseng.)

In addition to ginseng, the nootropic effect is often attributed to ginkgo biloba , pink rosary , Chinese schizander and, to varying degrees, other adaptogens. Baikal Shihak is slightly sedative and has protective effects on hippocampal neurons ( Lim2016asb ). Sage and other deaf, such as oregano, deserve attention. The traditional Indian (Ayurvedic) nootropic is the Bakopa microbes called brahmi ( Calabrese2008esb ).

As a bead, I would say that the most commonly used nootropic is nicotine, the nootropic effects of which my former head, neurobiologist and the big smoker himself like to point to. Nicotine acts on central nicotinic acetylcholine receptors. Although nicotine is not an adaptogen (its therapeutic index is too low), it improves concentration in small doses, and temporarily suppresses the symptoms of Parkinson's disease in the elderly.